Not very long ago, in a galaxy not too far away, one of the most iconic Hollywood sagas came into our lives and stole our hearts with the unlikely combination of bravery, love, and aliens.

Star Wars has taught us important lessons about fighting for justice, finding our destinies, and staying away from the “dark side”, but if you look closely, you’ll find that the popular sci-fi franchise offers a few valuable lessons about running a business too.

The Jedi order is known for its training system: Padawans shadow experienced Jedi knights to learn from their experiences and develop the skills required for being a Jedi knight.

In real life, it’s unlikely to find a lightsaber-bearing hero to guide your way and provide business advice, but there are plenty of wise business mentors that offer valuable insights and helpful guidance.

Whether you’re a young entrepreneur just getting started, or a seasoned business veteran with decades of experience, you can always find someone that inspires you. A quick search on social channels like Twitter, Linkedin, Instagram, Clubhouse, or even TikTok, will introduce you to business champions that share valuable business insights, tips, and tricks.

Here are some of our own favorites:

2. Always have a backup on the cloud

When little Anakin Skywalker built C-3PO, he had no idea the journey that lay ahead for the shiny droid. Besides serving as comic relief, the charming droid traveled throughout the inner circles getting to know his masters closely.

Imagine what would have happened if C-3PO’s memory wouldn’t have been wiped at the end of “Revenge of the Sith”. The droid would have known the truth about Darth Vadar and could have definitely put that information to good use. Seeing Anakin grow up, fall in love, and eventually, fall to the dark side, would have made that droid more capable of changing the outcome of events.

But alas, all that knowledge that could have saved the galaxy was lost in an instant.

This is probably a good time to remind ourselves just how important it is to save data on the cloud. Your business records, documents, and client information are too important to sit on a local computer or in a rusty filing cabinet.

Let’s learn from C-3PO’s mistakes and save valuable business data in a place it can be accessed, edited, and reviewed anytime and from any device.

When Han Solo was searching for a co-pilot to join him on his adventures across the galaxy, he probably imagined partnering up with someone a little more talkative with a little bit less body hair. Nevertheless, Chewbacca turned out to be the loyal (and sometimes cranky) partner Han always needed by his side.

Han and Chewy became the ultimate dynamic duo, sticking together through thick and thin, always having each other’s backs, always ready for a good laugh.

While you may not be speeding through the galaxy in the Millennial Falcon anytime soon, you might want to consider finding yourself a business partner to co-pilot the ups and downs of your business journey with you.

4. Be a creative negotiator

Star Wars is full of drama. And we’re not talking about deep-space-battle kind of drama.

That might sound like a nice paycheck for one gig, but considering the commercial value of the franchise, it’s an absolute steal.

At some point, the contact’s endless negotiations, Lucas’s “American Graffiti” became a HUGE hit, making him a producer in high demand and shifting things in his favor.

Instead of demanding an increase to his one-time fee (which he would have probably gotten easily), Lucas was able to secure the rights to controlling sequels and any merchandising based on the series. That’s right. Imagine the number of games, toys, clothing, and accessories featuring Star Wars characters sold over the years.

There’s no doubt Lucas Films made much more (we’re talking, like, many Millions more!) than any raise made to that one-time paycheck.

What’s most inspiring about this story is that Lucas had absolutely no way to know just how popular Star Wars would become. Instead of just settling for a little extra cash, Lucas bet on his ability to create something huge. Huge enough to be sold to Disney for 4 Billion dollars 30 years down the road.

While doing some research, we found a pretty mind-blowing fact about the production process of Star Wars.

In the early ’70s, when Lucas started toying with the idea of producing a space opera, it seems that his initial direction was to purchase the rights to remake Flash Gordon, a space-adventure comics strip published first in the 1930s.

But, to his great disappointment, Lucas discovered that another film producer had already beat him to it.

Imagine how the story would have ended if Lucas would have given up then and there. If George would’ve thrown away his dream to produce a space adventure movie, well, we’d all be living in a world with no Star Wars.

Luckily for us, the determined producer went back to the drawing board and came up with his own winning formula for the world’s most popular space fantasy film series to date.

Looking to learn more? While we don’t battle corrupt galactic governments, we do help business owners like you beat their daily challenges and develop productive habits that help them grow their businesses. Check out our free learning center to discover best practices and winning tips for managing and scaling your business.

Happy Star Wars Day, and may the force be with you, always!

How to Promote a New Service Without Breaking the Bank 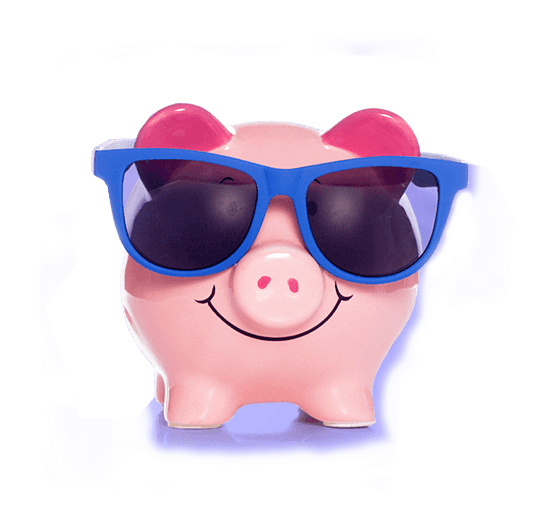 Too busy to manage your business? Let automation lend a hand

Is it really worth going back to work?